We spoke to Rowland White, bestselling author and Publishing Director at Michael Joseph, an imprint of Penguin Random House. He talked to us about the omnipresent Ladybird humour books, dogs in publishing and the shift away from aspirational reading lists.

Martin Toseland has worked at a senior editorial level at Penguin Press and HarperCollins until October 2006, when he decided to concentrate on his own writing. Since then he’s written or ghosted over twenty books – fiction and non-fiction – on a comically broad range of subjects including misheard song lyrics, a CFO’s view of good business practice, the Grand Harbour in Malta, a novel set in the Amazon rainforest, and, recently, a book written entirely in emoji. He’s currently working on a television biography, a book about drinking, a travel book and a thriller. He also provides editorial consultancy for fiction and non-fiction titles and represents a select list of authors.

Former whitefox intern Reece Wymer speaks from firsthand experience on entering publishing without a degree, in light of PRH’s recent shift to a more open-minded approach to recruitment.

Tom Weldon was brought up in London. After studying history at Oxford University, he was a graduate trainee with Macmillan. After three years as a non-fiction commissioning editor, he joined William Heinemann, then owned by Reed Elsevier. He spent nine years there as an Executive Editor, American Editorial Director based in New York, and then Publisher of the imprint. 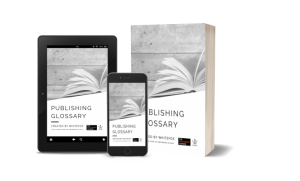