David Baddiel is comedian, writer and TV presenter known for Baddiel & Skinner Unplanned (2000), Fantasy Football League (1994) and The Infidel (2010) which he is currently writing the musical for. 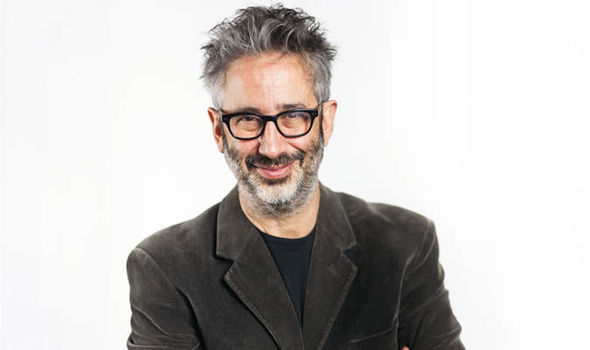 Last year you successfully published your first children’s book to add to the adult fiction you’ve written over the years. Did you find the writing process to be very different?

Quite, yes. At one level, it’s easier and more enjoyable, because my adult novels are all set in the real world, whereas The Parent Agency – as indeed is The Person Controller, my new one – is powered by a fantasy storyline, which allows me to let my imagination go. Also I don’t spend as long agonising over every word in every sentence, mainly because I deliberately use a more limited vocabulary. Having said that, therein lies a challenge – you find yourself wanting to describe quite complex situations and feelings, but still only using a 10 year old’s (Barry, my hero, is 10) vocabulary. That requires new skills than writing an adult novel. The thing that to some extent was the same, however, was the comedy. I think comedians are partly licenced to remain children into adulthood, and so I felt writing The Parent Agency that I was fully partaking of that licence.

You seem to enjoy the creative stimulation of working in lots of different mediums – TV, film, books, live stand-up. Which is your favourite and why?

I don’t really have a favourite. And actually though it is a lot of mediums, I think of it all as in truth only one job: storytelling. That’s what I do, but unusually, I guess, I don’t think in terms of limiting the form to one type. By which I mean: I let the story dictate the form. If I have an idea about a world in which kids can chose their own parents, well, the form that that idea needs to flower into story is clearly a children’s book. So I’ll write a children’s book. I don’t really stop to think, “but I’m not a kid’s writer.” I think: I’m a writer, so I’ll write that story in that form.

whitefox has curated a network of professional publishing freelancers. As an author, which are the skills or specialisms in the publishing process you think of as potentially under valued or taken for granted?

Hmm. I don’t know. I think a good editor is brilliant, particularly if they are prepared to dig deep and go into specifics, line by line. I also think a publisher who, whilst aware of the market, is not TOO market-driven is good. I think the publisher should primarily serve the author, rather than the market. Which is not to say that the market isn’t important, of course it is, but I think the market will come if you let the author enact his or her vision as completely as possible. So rather than telling an author “you have to write like this, you have to have this cover because that’s what the market demands ” the publisher should say “tell me how best we can make your story happen, and we will have faith that if we realise it well, the book will find it’s audience.”

How has the relationship you’ve had with your editors at publishing houses over the years changed as you’ve developed as a writer? Is it collaborative or combative?

I’ve been lucky, it’s been primarily collaborative. This may be partly because I came to writing books as someone who was already well-known, so I had some power in that relationship I guess. It hasn’t changed that much over the years, but I would say I’ve found it incredibly supportive at Harper Collins Children’s.

You have always embraced social media. Do you think it can help writers sell books?

Maybe. A little. But social media shouldn’t be used primarily to sell anything. Anyone who spends all their time on Twitter plugging anything, a book included, will be rejected (sometimes aggressively, via trolls) by the audience. You have to think of social media as it’s own form as a writer – so you have to be able to write funny, witty, interesting tweets, in and of themselves. Then if you’ve done that for a while, you might be able to slip in a plug for a book. Even then I would suggest you try and do it in a way that isn’t just saying: Er…BUY THIS. I think the discipline of 140 characters is actually not bad practice for writing, although would not like to see all types of writing come down to that level of transience…

“You have to think of social media as it’s own form as a writer – so you have to be able to write funny, witty, interesting tweets”

Tell us what you’re working on at the moment.

I’m writing this from Urumqi airport departure lounge, as I’m doing a doc for Discovery, called Secrets of The Silk Road, which takes me from Western China to Istanbul. On the way, I’ll be completing the second draft of The Person Controller, rewriting my musical, The Infidel, for it’s West End transfer, and honing my new stand-up show, My Family: Not The Sitcom.