We spoke to Natasa Lekic, founder of NY Book Editors, a highly curated and experienced editorial collective, about elevating the quality of self-published writing, the New York publishing community, and the importance of choosy editors. 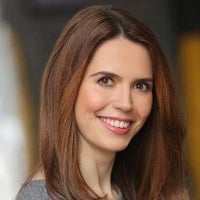 1. What attracted you to editorial work?

Book editors are far too modest, and because I’m not one, I can be candid.  Before I started NY Book Editors, I was a Managing Editor at Atlas & Co., which essentially meant I dealt with the business side of publishing. I was always struck by how much of a contribution editors made. Most people believe editors change commas and fix misspellings, but that’s part of a copyeditor’s role. Editors make broad suggestions, such as how to improve the development of a character or how to restructure a narrative. The reason this is generally unknown is because publishers don’t want readers to know the extent of an editor’s role — which makes sense.

Readers want to believe that the books they love came straight from the author. When Joseph Heller, the author of Catch-22, praised his editor, the famous Robert Gottlieb, in an interview, Gottlieb called him right away to say it wasn’t a good idea to talk about the contributions of editors. Gottlieb said, “The editor’s relationship to a book should be an invisible one. The last thing anyone reading Jane Eyre would want to know, for example, is that I had convinced Charlotte Bronte that the first Mrs. Rochester should go up in flames.”

He’s right. Nobody should know about the editor’s changes. However, that doesn’t mean they shouldn’t know that editors play a larger role than they’d expect.

I wish more people had a front row seat to what happens when a great editor works with an author. It’s breathtaking to see someone understand a manuscript so completely that they can say to its author, why don’t you consider changing this bit? From the author’s point of view, the manuscript is their baby, they’ve revised and refined it ad nauseum, but when they hear a suggestion that rings true, it’s a revelation. I don’t know of any other professional relationship that allows for such a communion of the mind in an incredibly brief period of time.

2. How did the idea for NY Book Editors materialise?

Self-publishing was really taking off, and I believed in the model, but given everything I knew about publishing, it was clear that self-published authors would need experienced editors. NY Book Editors was created to meet that need.

Although we do work with self-publishing authors, the reality is that most of our authors are traditional. They want a great editor to give them a leg up when they query agents. Some authors even come to us when they already have an agent, under the agent’s suggestion, because their manuscript requires a lot of work.

Now, more than ever, in-house editors who acquire books are overwhelmed. With all the mergers and layoffs that occurred in publishing, editors who were already using nights and weekends to devote more time to editing are completely inundated. They need to acquire manuscripts that are well developed and don’t demand as much editorial time. Agents know this, which is why they refer their authors to our editors. Everyone’s trying to do more work on the manuscript upfront to improve its chances of selling well.

3. What do you look for when recruiting editors to your team? Is there a screening process?

We’re so strict about our recruiting policies that our editors are often surprised. Last week, we turned down a referral who’s a very well known author with multiple bestsellers. It’s never easy to turn away people who are supremely talented, but over the years we’ve learned that bestselling authors, professors from prestigious universities, and editors without enough publishing experience don’t have the same intuitive understanding of what needs to be done as an editor who has spent years working on books for a publisher.

As a result, we only work with editors from the major publishers or similarly prestigious independent publishers, and they need to have at least four years of experience. At that stage, the editor has achieved a level of expertise which allows them to make critical suggestions to authors. A publishing background also ensures that the editor understands how to make a book more commercial and marketable.

Most of our editors are referred to us by other editors. Anyone who’s spent time working side by side with colleagues comes to know who’s really good at their job — and that’s who they recommend to us. We don’t always get it right. We had an incident where we started working with a new editor who was referred and vetted, and yet their edit wasn’t up to the level we expected. The author was happy with it, but it was our responsibility to tell her that it wasn’t the standard she should have received. To her bewilderment, we refunded the edit. This didn’t affect the editor’s payment, we took the loss, since it was our mistake. We just didn’t work with the editor again.

It goes to show that even when you have a stricter screening process than other organizations, one that you pride yourself on, you can make a mistake. Luckily, it’s easy for us to recognize and rectify. Authors, on the other hand, who haven’t worked with publishers, and don’t know what to expect, won’t know the difference between a good edit and a mediocre one.

In fact, these days, because anyone can call themselves a freelance editor online, many authors end up investing in edits that amount to little more than a copyedit. It’s important to learn how to assess editors.

4. Do you feel there’s a sense of community amongst the editors in your network and in New York in general?

Absolutely. The New York publishing industry is a small village. Everyone knows everyone.

This made it easier for us to build our community because when you start with two great editors, which is literally how we started, and grow very slowly and deliberately, word gets around. One of our first priorities was to make sure we were doing whatever we could to support our amazing editors. I think that’s part of the reason we get referred to other editors — some of whom have never even freelanced. A number of editors on our team are still in-house and only take projects from us. The size of the community has really helped people learn about us.

Because of the nature of editorial work, it’s also a very generous community. Each edit is a big commitment, it’s like getting married. Every editor has unique preferences that extend beyond genre to style and specific themes — some look for character-driven narratives, others look for religious undertones, some prefer women-centered non-fiction, etc.

For the magic to occur between an author and an editor, you want to take all of the editor’s preferences into account. As well as we know our editors, many of whom we’ve worked with for years, we still get our matchmaking wrong! You might think a manuscript represents Prince Charming for one editor, only to find out that it doesn’t resonate with them. They’ll say, this isn’t right for me, but you know who else might be interested? That’s how close and generous the community is. Editors routinely recommend their colleagues for projects. Knowing how selective really good editors are, there’s no sense of competition.

5. Diversity is currently a big issue in the UK’s publishing industry. How does the American industry compare? NY Book Editors’ in-house team appears to be mostly women, was this a conscious choice?

The US is the same way, women dominate the editorial departments. Our team has thirty-three women and nine men, which reflects the industry average of approx 80% women. It wasn’t a conscious choice. We don’t take gender into account at all, we only consider the experience and merits of an editor.

Once in a while, authors will have gender preferences for their editor. The last time this happened, the author really wanted to work with a woman because her book targeted female readers — but one of our male editors was the perfect fit for her book. She ultimately decided to do a trial edit with our male editor and another female editor. Once she saw the changes, she realized the male editor understood her material in the way she had hoped someone would. She decided to go with him.

All this is to say, we don’t pay attention to gender. It’s all about the work. One of our great romance editors is a man!

We also don’t try to seek out more male editors to diversify our team. We just pay attention to who’s available, who gets referred, and what kind of sensibility they bring to the work. Gender is inconsequential.

I know a lot of people will disagree, but the editor’s approach and their experience is infinitely more important.

6. What is the most important thing you’ve learned from your career thus far?

The most important thing I’ve learned, which pertains to authors, is that you can’t take your first drafts too seriously. The difference between an author who succeeds and an author who doesn’t isn’t visible from their first drafts.

As Anne Lamott said, every first draft is shitty. It’s supposed to be shitty. People underestimate how much time and work goes into refining a manuscript so it comes off looking easy and effortless.

Authors who succeed are not naturally gifted. They weren’t better than everyone else. Their first drafts were just as shitty as everybody else’s first drafts. The difference was that they persevered. It’s amazing what people can do when they commit themselves. The changes we’ve seen from one draft to another can be thrilling. It’s a long, difficult process to learn how to write well and to tell a story well.

Many of the authors who eventually write bestsellers took more than a decade to hone their craft. Without those shitty first drafts, they would never have ended up writing the books we cherish.

It’s important for first time authors to know that talent plays a negligible role. Perseverance is the only thing that counts.