We talked to Whitbread Award-winning author Joan Brady about her new book on Alger Hiss, her decision to work with specialist external marketing and PR freelancers, and her advice for fellow authors. 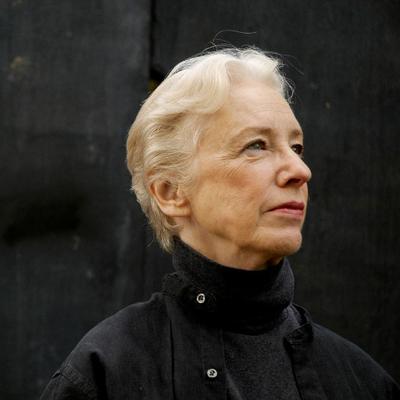 1. You’ve recently published America’s Dreyfus: The Case Nixon Rigged. Tell us about the book and how Alger Hiss came into your life?

America’s Dreyfus is the story of a man unjustly accused, unjustly convicted, unjustly sent to prison. His case also constitutes one of the biggest coverups in history; it involves a future US president, the FBI, probably the Army, the Republican party elite, even the American legal system. The accused was Alger Hiss. He’s hardly known in the UK, but he’s famous in American school books: Communist, traitor, spy. There are always spies and traitors, but Alger was not among them. He was an intensely loyal citizen who’d served as the Secretary General of the United Nations while it was being set up; when he was accused, he was President of the Carnegie Endowment for International Peace following two men who received Nobel prizes for their work. It’s a fall from grace straight out of the Bible. Who brought him down? Richard Nixon, notorious all over the West for his own crimes in government.

I met Alger shortly after he got out of Lewisburg Federal Penitentiary. He was a
stationery salesman by then – very few people are willing to employ so reviled a convict – and he approached my husband’s business in hopes of a sale. My husband asked him to dinner. I knew him for nearly 30 years after that but got interested in his case – as a case – only after he was dead. The South Hams District Council of Devon, here in the UK, are responsible for that; they prosecuted me on a charge that threatened prison. It makes no sense to compare my case to Alger’s extravaganza – of course it doesn’t – but he was the only person I knew who’d been in a situation remotely like mine, and I craved the solace of a somebody who understood what I was going through. What I found out about him just plain shocked me. Here was a living, breathing case of the Emperor’s new clothes. The public record makes that perfectly clear to anybody who wants to look; it’s almost painfully obvious that Nixon’s case against him was nothing but confection, a ruthless manipulation of media and public: evidence conjured out of nowhere and lies of staggering proportions.

The communist hysteria was at its height back then, and all waves of hysteria need scapegoats. Nixon made Alger into Communism’s, much as in 1894 the French military turned Alfred Dreyfus into a focus for French anti-Semitism. And what a triumph for Nixon it was! It set him on the road to the White House. How come he had such a superlative support system? The scapegoat Alger Hiss was a critical plank in the Republican Party’s bid for power; he became the face the party spread all over the media to convince voters that the Democrats, who’d been in power for 20 years, were “dyed red in Moscow”.

2. You’ve written both non-fiction and fiction. How does the process of writing your most recent book differ from writing your crime thrillers?

Odd really. You discover the plot rather than inventing it. You also find out – very surprising for a non-academic writer like me – just how much sloppiness academic scholars can get away with. They can say any old thing they like and list sources that don’t exist at all or end up in circles when you track them down: person A confirms person B, whose only source turns out to be person A. And voilà! A profound injustice gets turned into a triumph of justice.

3. You took the decision with America’s Dreyfus to work with specialist external marketing and PR freelancers. What was behind that choice? And has the significance of marketing in publishing changed since your first book?

Any writer who’s published a few books knows that publishers have many books to flog and that unless you’re a celebrity – either actual or potential – nobody’s going to give a damn about your book. I have no idea whether or not marketing has changed since my first book; I didn’t even know what marketing was until I worked with whitefox. Now I have at least some idea – and a great deal of respect.

4. Tell us something as a writer that you know now that you wished you’d known at the start of your writing career.

After I won the Whitbread I realised that even when there is celebrity publishers aren’t anywhere near as good at selling books as manufacturers of other products are; they put too low a priority on it. What I wish I’d realised is that I myself could contribute as I have this time. I also wish I’d learned how to push publishers, publicists and marketers into doing what they could have done. But that’s only a pipe dream; I’m just not good at the self-publicising such pushing calls for. Which makes outside specialist help all the more important.

5. Any advice for a writer wanting to create a support team to help them make their publication as successful as possible?

If you can afford it, hire your own people. If not – and I realise most writers can’t afford it – find out who your marketers are and see if you can cooperate with them directly. If you don’t suffer from the same personality flaw I do, pester the publicist assigned to you even if it embarrasses you, find out what has been done, what can be done, what you can contribute to what’s being done. And do some research on what’s been done for other books, not just at your publishers but across the board.