We asked author Jeanne-Marie Gescher about her new book All Under Heaven, her long career as a legal advisor to China’s British ambassadors and her vast knowledge on China. 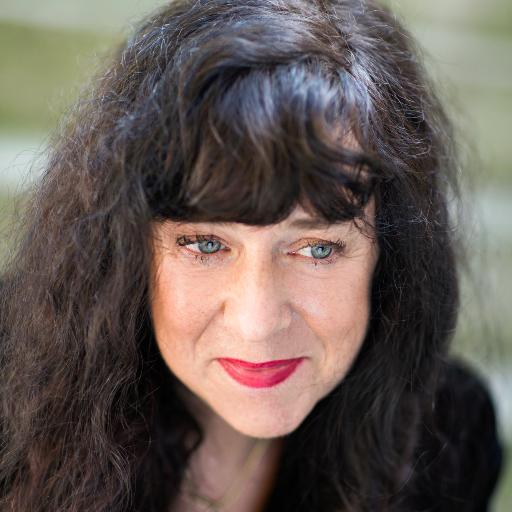 What inspired you to write All Under Heaven?

After 20 years of advising global businesses and leaders on China, I felt that it was important for China’s story to be far better understood – and that it was important to understand that China’s greatest importance to the world is not its economic but a 5,000 year old question about order.

There is a little bit more to it than this, related both to the substance of the book and its form, which you can see in a post which I put up shortly after the launch of the book, entitled ‘Why I wrote All Under Heaven‘

In a recent interview, you say that one of the things your book aims to address is different ideas of freedom. What do you feel are the main cultural misunderstandings between East and West?

The reference to freedom was probably in respect of the fourth book in the series of which All Under Heaven is the first, with all four originally being one book (Soul States); the first part was on order, through the story of China (‘do we want to live under a single top down mind or with voices on the ground, and if the latter, how?’), the second on knowledge, through the story of India (‘is knowledge really only facts’ ?), the third on being human through the story of South Africa (‘is being human really something we only do on Sunday mornings ?), the fourth on the wild world through the story of Brazil (‘how does the natural world work and how does it relate to human ideas of freedom’, with Brazil  having more migrants, from more different countries, than any other country in the world, and with al of them having come in search of ‘freedom’.

In terms of cultural differences between East and West, I think the biggest difference is perspective. While the West tends to focus on the known and on the organising of what is known into boxes, all in the pursuit of ‘certainty’ or ‘scientific truth’, the East acknowledges the importance of context, of unknowns, and of change (as in the idea that the cosmos is in a constant state of change) – a very different kind of science.

Why did you choose to self-publish your book?

I think it is probably important to think about the definition of ‘self-publishing’. I chose not to look for an established publisher because preliminary conversations as I was writing the book indicated that mainstream publishers would want a book that would sit on one particular shelf (box) labelled either business, or spirituality, or history etc. In my experience, China cannot be understood through a single box – even understanding China’s ‘economics’ requires a much broader perspective. Given that I wrote the book because I believed that such a wider perspective was important, it didnt make sense to then cut the book to fit a box. But I wanted the book to go through the same technical processes that a book published by a mainstream publisher would go through. For this, I asked a number of peers (China experts) to read the book and give critical comments. And I went out to look for an individual or a company that could guide the book through the editing, proofreading, design, typesetting and printing processes. I was fortunate to have advisors who were themselves leaders in the publishing world, and as a result, was recommended to go to whitefox.

How did writing your book compare to your days practicing law?

I haven’t practiced law, as such, for over 20 years, although I have been honorary legal advisor to successive British ambassadors to China since 1989, and I apply the very forensic skills I learnt at the Bar to the advisory work I do. But if the question is, how does writing a book compare with any kind of professional life, I can easily say that this book was harder than anything I had ever done before, and that if my earlier work had not been extremely difficult – teaching me to handle extremely complicated matters in many dimensions and often under extreme pressure over long periods of time, I would probably not have been able to do it. One way or another, the book took me 6 years (I originally thought it would take 1 year) and it was not until the end of it that I could see that it would actually work. In other words, it was a bit like setting out on an odyssey and not knowing until the end whether you would make it or not. To which I would add that the experience of getting it from draft to print was almost another journey in itself.

What advice do you have for other authors thinking of taking their own book to market?

I think it is probably the best thing an author can do. It is not easy. And the structure of the retail end of the publishing industry is such that even the best prepared book will struggle to secure the reviews and access to bookshops that are largely tied to mainstream publishers. But it is a huge learning experience which has taught me an enormous amount not only about distribution (physical and online) and marketing (including through social media) but about the structuring of a book (including knowledge and experience that will be very helpful in writing my next books and managing the editing process).

In some ways, creating my own publisher, Kaduba House, has given me a great respect for the publishing industry (and a much clearer understanding of the challenges that publishers face). In other ways it has confirmed my sense that, as presently structured and without self-publishing authors who believe in their work, books and the knowledge that they carry will continue to be pushed into boxes, with a very damaging impact on what we know and how we think, as human beings. I can now see from my own experience something that I had suspected before, namely that the investment driven model of both publishers and digital distributors led by Amazon, has created a very significant challenge to knowledge.  I can also see that it is going to be very difficult to fix.

In terms of practical advice, I would say that I cannot imagine trying to publish a book without the support of experienced publishing professionals. At the same time I would say that the most important thing you can do is to understand that publishing is an industry with its own conventions and logic. Like everything else, it is important to understand these conventions and this logic – finding experienced people who will explain them is hugely important.

I guess I would add that you should not underestimate the time and resource required to bring a book to market. But my sense, talking to those who have worked with publishers, is that even working with a publisher, an author is going to need to invest a lot of time and resource in getting the book out. The difference is that you will learn so much more doing it on your own – and if you are confident in your book and its market, you may well be able to do things (in terms of the content and form of the book and in terms of audiences reached) that would not be possible with an established publisher.