We spoke to self-published author Rohan Quine, about his transition from acting to writing, his opinion (or lack thereof) on different routes to publication and enlisting professional services as part of his publishing strategy. 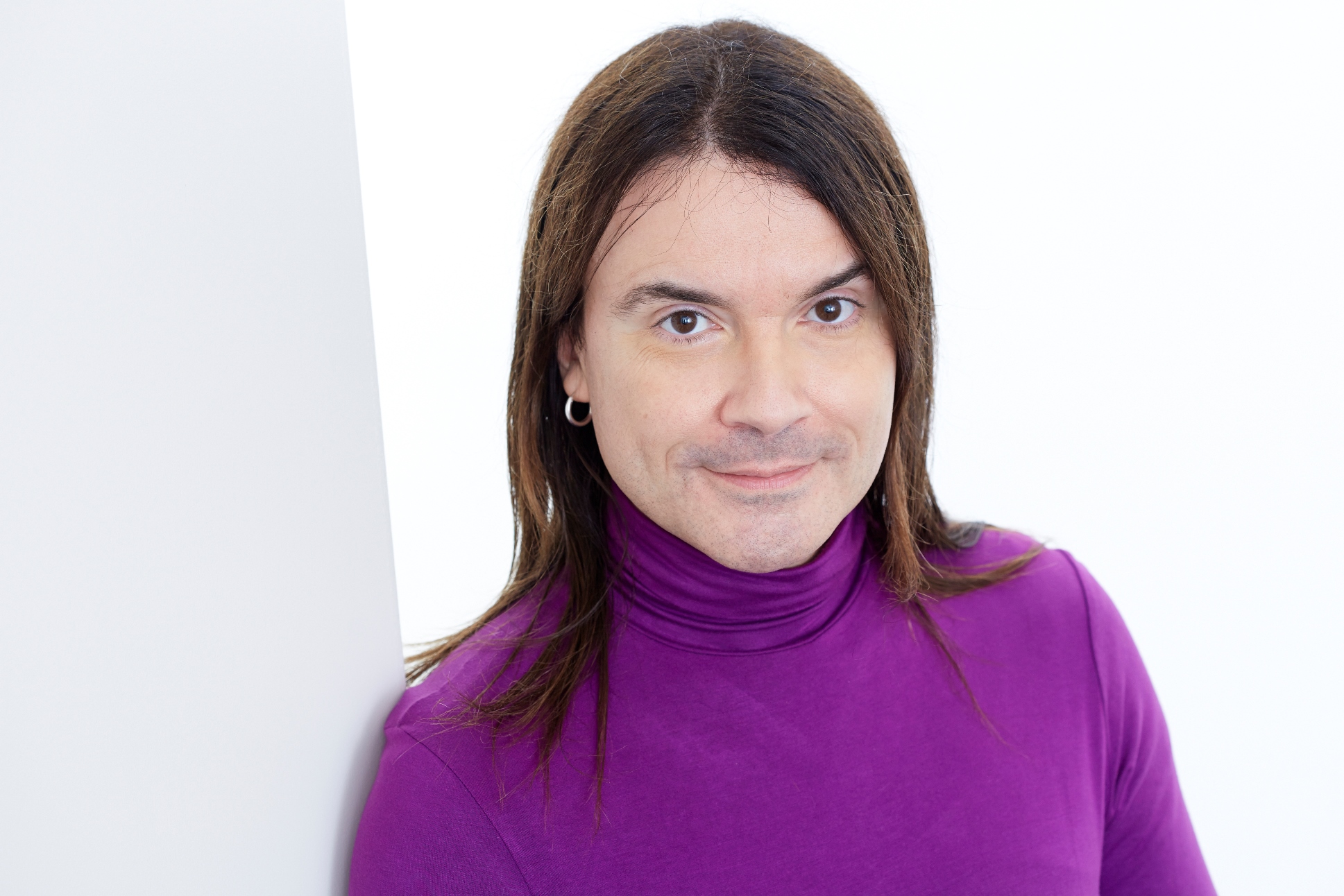 I said a few chosen words (and I do mean a few) in some feature films and TV shows, including with Ben Stiller in Zoolander, with Matthew Broderick in Election, in Sidney Lumet’s 100 Centre Street, tarted up as Marie Antoinette in The Last Days of Disco, and as prison-queen Kiki in the gritty cult TV show Oz. Great acting it wasn’t, but fun it was … for me at least. All those shenanigans are visible on my website  – and as for the enterprising qualities you mention, I guess none of the hijinks on that page would have happened if I’d been a tastefully shrinking violet. So yes, I guess it did constitute decent training for the marketing side of publishing. Almost all authors have to pitch into promotion nowadays, whichever of the many routes to publication they’ve chosen. Since I’m barmy enough to be driven to write strange and formally ambitious literary fiction with a touch of magical realism (instead of being sensible and aiming for a nice commercial category), my promo is an appropriately slow burn. But that’s fine – I’m patient, I’m having fun and I’ll be in this for years!

2. What can writers learn from spoken word and other performance art?

Alongside the above, I performed in some live contexts, fragments of which survive as recordings (elsewhere on the website). I also contacted novelist James Purdy, whom I much admired, and organised a reading by him and me – which was video’d, but someone stole the tape, alas. Some of that material was then edited into a paperback of novellas, which is now out of print but still visible at Hallucinations (showing one kind of androgynous-diva performance mode on the cover), and this turned out to be the first published writing of mine.

Spoken words can help inspire written ones, as the rhythms within language can be hypnotic, enriching even prose that doesn’t seem poetic. That was central among my intentions when I performed a video-book version of The Imagination Thief, speaking the whole novel through a teleprompter into an HDV camera in a small studio. This on-camera delivery was accordingly “smaller” than to a live audience; but it aimed to bring out more of the fire, and inhabit more of the complex linguistic rhythms, than a normal audio-book narration. I’d recommend it to anyone who fancies doing it!

3. You began your writing career collaborating with Firsty Group, who helped build your website. Would you recommend the services of an experienced third party for a new author? What other aspects of the book’s creation do you think call for the skills of a specialist? And what do you prefer to handle on your own?

I couldn’t have used a website template myself, because there’s a lot of professionally-produced video and audio that’s hyperlinked from inside The Imagination Thief’s ebook, which needed to be integrated with the website that Firsty did a brilliant job building. Such content is unusual for litfic, but it’s simply an optional part of the novel’s world: you can just read the text, which is what I sent to some London agents after I returned here from L.A. and NYC. I found Firsty in an unexpected way. One agent recipient kindly called me in for a chat and suggested I contact Firsty and work with them to release it. Even without all its rich media I believe he saw the writing as so unusual that persuading a traditional publisher to take an artistic risk would be too much slower than just taking charge. So with a bit of editorial input from Firsty, we co-published an enhanced ebook. Technically Firsty was paid for the website rather than the ebook, so it was an unusual publication in several ways. Then after some encouraging reviews in The Guardian and elsewhere, I went direct for the next four ebook titles and both paperbacks. For a text-only book, however, an author wouldn’t require a Firsty but should first investigate just hiring the requisite professionals.

4. Did you do any research or take any classes to hone your skills as a writer, and an indie one specifically, before you decided to go out on your own?

First, I sent Hallucinations to some writers I admired, including Iris Murdoch, who replied with a sweet encouraging letter. That and James Purdy’s endorsement nudged me into forming an intention to push the fiction to the next level if I could. The first practical feedback I got was the helpful editorial input of Aflame Books (see last question below).

Dan Holloway, a professional editor, novelist, poet and Guardian blogger, will be giving a developmental edit to my next novel, the Hollywood canyons novel. In depicting a rather off-the-wall mode of game-creation, the structure itself has to be a bit non-standard, in certain deliberate ways. But always in order to fuse with the content – not just for a lark. To help keep my intended envelope-pushings under a beneficial control, however, I recently read Bell’s Plot and Structure, some Lisa Cron and some K.M. Weiland (especially her “flat character arc”), to ensure I do incorporate whatever “standard” elements the novel can accommodate without falsifying its essential and cussed disobedience! Part of the disobedience is that all five tales emerged as stubbornly cross-genre (Foyles ended up having to shelve The Platinum Raven and other novellas and The Imagination Thief in three different departments – LitFic, Fantasy/SciFi and Horror): if it had ever occurred to me to join any writing group, which it never did, then I’d probably have been advised to force them into a tidy category instead, to simplify the marketing aspect.

5. You’re quite present on the indie writer scene, and appear to be quite active with the Alliance of Independent Authors. Do you think it’s important for an indie writer to embrace a community and get involved with the movement of self-publishing on a larger scale?

I enjoy being sociable and there are lovely friends I’ve made through their involvement in various parts of publishing. But the available forms of publication are now proliferating, such that publishing has become a series of moving platforms, and there are many valid options for how involved a writer wishes to be. I’ve never been interested in promoting any particular publication route – it’s the literary magic I’m focused on, and the only non-human aspects of the industry I’m really interested in are those that’ll somehow enable that magic.

For example, I’ve been extending my attention next door into the related industry of video-games, because there’s a game-designing protagonist in my upcoming novel, which explores the nature of creativity itself (so far called the Hollywood canyons novel, but to be named nearer publication). I was lucky to be able to get involved with a literary community/magazine in Berlin called indieberlin when they kindly previewed an excerpt of it. I expect we’ll see further blurring of community boundaries across countries and industries, as well as across media – such as the fact that two of the games my protagonist creates are metafictionally identified as actually “being” two of my own previous published tales, namely The Platinum Raven and The Imagination Thief.

I look forward to when challenging literary voices will make this emerging “digital dynamic” serve them better – in addition to its serving writers of commercial categories as admirably as it already does.

6. Do you have any advice for authors considering self-publishing?

As Helen Sedwick’s and Orna Ross’s recent book How Authors Sell Publishing Rights says, “Within most trade-publishing contracts […] the publishing house will request [rights in] perpetuity, unless the book goes out of print, which rarely occurs in the POD/e-book era.” Before Firsty, and approved by my agent at the time, I signed a traditional contract with publisher Aflame Books, whose backlist (of twenty literary fiction titles in their first English translations) was about to be supplemented by a new imprint for original-English-language fiction, starting with my novel The Imagination Thief as this imprint’s launch title. Aflame were then hit by the recession, unfortunately, and ceased trading in 2011, soon after receiving a box of advance review copies of my novel – at which point they were a model of goodwill, regarding rights and all else. But what the above quotation means is that the great majority of traditional contracts effectively require an author to sign away rights for life, with no assurance of any goodwill or practicably enforceable requirement for reversion of those rights.

So now in 2016, when authors look at publishers, they see an uncomfortable overlap: (1) publishers can no longer support a title with marketing that’s both significant and sustained (except for a tiny handful of big releases); and yet (2) publishers (and agents) are still expecting contracts to sign away rights for life, in effect. I’d therefore suggest questioning whether that overlap is really a good look – especially when all media industries are in such unpredictable flux.