David Taylor has had a wonderful and varied career – as a journalist for the Guardian and Daily Telegraph, reporter on the BBC’s ‘Panorama’, presenter of BBC2 series on defence and nuclear power, editor for several BBC documentaries, BBC Features Editor, founder of Triple Echo Productions and author of The Web of Corruption and The Queen’s Cipher. David has won national and international awards for print, radio and television journalism. His latest novel, The Man Who Lived Twice is available now on Amazon. 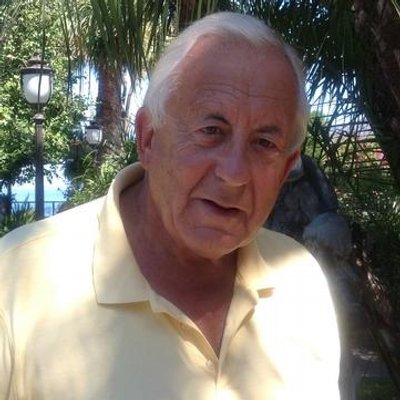 1. What inspired you to write The Man Who Lived Twice?

American history is full of harmless myths. Most people know that Columbus never set foot on American soil and many are aware that the Declaration of Independence wasn’t signed on July 4th but a month later. Yet some of these myths go virtually unchallenged. For instance, it is widely believed that the American Civil War was a purely national conflict over slavery; yet more than 50,000 British citizens sailed across the Atlantic to take part in that four-year fight. By telling the dramatic story of the Cornish mercenary who trained the Confederate cavalry, I’ve tried to rectify this misconception.

2. You write on your website that you first heard of George St Leger Grenfell when you visited Fort Jefferson. What was it about Grenfell that captured your imagination?

Fort Jefferson is an amazingly large brick fortress built on a coral atoll in the Dry Tortugas which was used as a military prison after the American Civil War. Visitors are shown the cell in which Dr Mudd and three other Lincoln conspirators were kept in chains. Mudd was the infamous country doctor who set John Wilkes Booth’s broken leg after he had assassinated Lincoln. Our guide described the historical arguments over Mudd’s guilt and how, as a prisoner, he had used his medical knowledge to deal with a yellow fever epidemic in the fort. He had been helped in this courageous humanitarian effort by another cellmate, an English ‘spy’ called Grenfell who was also regarded as a political prisoner. This aroused my interest and, on closer questioning, I discovered that an American military tribunal had condemned Grenfell to death for a crime he hadn’t even got to commit. After British diplomatic protests, his sentence had been commuted to life imprisonment in the Dry Tortugas where he was tortured by sadistic guards before finally escaping in a small boat, never to be seen again. Further research revealed him to have been the highest ranking English officer in the Civil War and a heroic warrior trying to live down an extremely shady past. By then, I was totally hooked. George St Leger Grenfell deserved to have a novel written about him.

3. You are an experienced, award-winning journalist and broadcaster. Did this have any bearing on your writing?

I spent most of my career as an investigative reporter on programmes like ‘Panorama’ and ‘World in Action’ where an ability to chase down a story was vital. Researching Grenfell’s hidden past came easily to me. The difficult bit was learning how to write a novel which requires a totally different skill set.

4. Did you find the process of publishing a novel a collaborative one?

Absolutely. Writing a book is a solitary business but it takes a real team effort to get it published and I am very grateful to the people at Matador for all their help.

5. Tell us what you are working on next?

Without giving too much away, it’s a novel about Grenfell’s son. Here are the opening lines: ‘A story has to start somewhere. Mine begins with the New York Metropolitan Opera Company’s 1906 tour of America. I had been hired to write an article for Cosmopolitan on travelling with the volatile Enrico Caruso, the world’s most highly-paid singer and the only tenor to carry a gun beneath his cummerbund.’