Andrew Holgate has worked in the book trade his whole career, in bookselling, publishing and literary journalism. He joined The Sunday Times as Deputy Literary Editor in 1999 and has been Literary Editor since 2008.We interviewed him about reviewing books, the future of self-published work in the pages of broad sheets and the prevalence of good book editors in the UK. 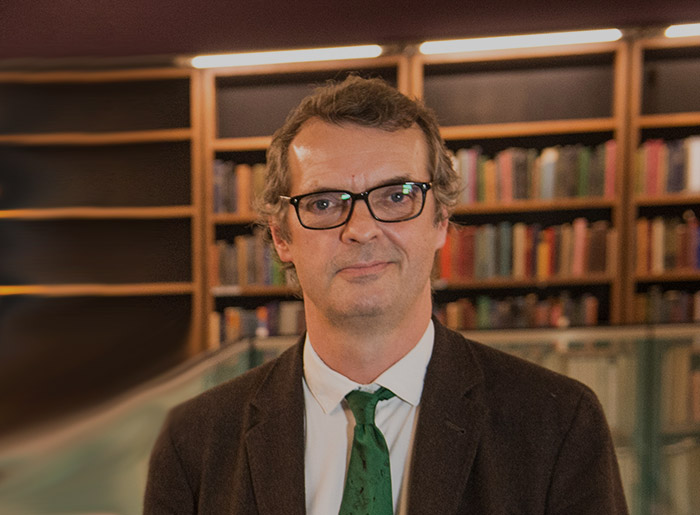 1. You’ve been the literary editor of the Sunday Times since 2008 and at the newspaper for 16 years. What have been the biggest changes you’ve noticed in publishing during that time?

Undoubtedly the rise of self-published books. A whole new wild frontier, which is hard still for us to reflect properly in our pages.

2. The Sunday Times is a big champion of the short story. Do you think tablets and e-readers have opened up more commercial opportunities for writers of short form fiction?

I’d like to say yes, and I’d like to believe the idea that our busy modern lives make the short story the perfect modern literary form. But to be honest, I’m not convinced that the short story is undergoing any sort of meaningful revival; it still seems frustratingly marginalised. When you consider the literary riches hidden away in the form, that feels frustrating. I would be happy to talk to any- and everyone about ways to make them a central part of our literary life again. Publishers are producing ever-increasing numbers of collections, but they don’t seem to be selling.

3. How do you decide what gets reviewed in the books pages?

Lots of interconnected things, ranging from the simple – what is actually out there that week to be reviewed (we keep detailed lists) – to the more intangible. That could include the reputation/qualities of the author, the qualities of the individual book (all lit eds, I suspect, read a lot of early chapters, and fewer complete books), the trust one has in individual editors, and, crucially, the originality of the subject matter. There is also a question of the balance within each week’s issue: light and shade, people and ideas.

4. The rise of self-publishing and successful indie writers has been well documented in recent years. Do you think dedicated pages of the broad sheets around the world will eventually feature more reviews of writers from outside of traditional publishing houses?

That’s a difficult one. Certainly I think there’s a bit more readiness to feature books from small publishers (though I’m sure they would say not enough readiness). That’s a bit of a positive. But until the self-published sector finds a way of providing information to newspaper books pages in the way that established publishers do, it won’t be represented as well as it could be.

5. You must have read thousands of books in your time working at the Sunday Times. Have you noticed a change in attitude towards the value of the editorial process?

Not really. What I have come to realise, more and more, is how difficult it is to be an editor. The pressure on them to produce has increased enormously in the last 10 years. It must be one of the hardest jobs to do well; but I’ve also become aware of how many good editors there are in the UK.

6. What is your favourite book?

I would probably swear by three above all others – all big sweeping historical dramas: War and Peace (honestly), The War of the End of the World by Mario Vargas Llosa, and Quiet Flows the Don and its sequel The Don Flows Home to the Sea by Mikhail Sholokhov. Those last two Sholokhov books are sadly out of print. Someone needs to champion them and bring them back into print. As good as Tolstoy…