Oriana Leckert is the Director of Publishing & Comics Outreach at Kickstarter, where she helps creators bring a marvellous array of literary projects to life. She’s written and edited for Vice, MTV News, Slate, Hyperallergic, Gothamist, Atlas Obscura, and many more. Her first book, Brooklyn Spaces: 50 Hubs of Culture and Creativity (Monacelli, 2015), grew out of a multi-year project chronicling the rise and fall of under-the-radar creative places across New York City. Follow her at @orianabklyn on Twitter/Instagram.

What is the crowdfunding market looking like at the moment? Who is using it effectively and what is it enabling people to do?

Considering the vast uncertainty of **gestures at everything**, it’s actually a very good time to be crowdfunding creative work, particularly if that work is in publishing, comics, or games. In 2020, Kickstarter had its strongest financial year ever in all three of those categories, and we’re on track for 2021 to be even stronger. This does make some sense: most of us have just spent eighteen months at home, playing games and reading books and comics, so it’s not hard to imagine that a lot of people want to make sure that there will be plenty more where those came from. It seems that in this rather dark, chaotic time, backers are more excited than ever to support independent, creative literary works, which is wonderful to see.

A platform like Kickstarter is designed for project-based, fixed funding, so you’ll have the highest chance of success if you’re creating something concrete with an achievable budget, if you can clearly identify who the audience is for the project, and if you have a reliable way to reach that audience.

What are the key elements of a successful Kickstarter campaign?

The main elements are:

Who are the typical types of people utilising Kickstarter?

The kinds of creators we tend to see on the platform are relatively comfortable with digital promotion, have (or know how to pull together) a dedicated audience and support network, and are creating something that is both easy to define and has a clear demographic it will appeal to. In publishing, this is everyone from small to medium-sized publishing companies, authors working with hybrid and custom publishers, and writers in truly any genre. It also includes creators making magazines, comic books, journalism, and podcasts; bookstores, bookish swag, bookish museums, and bookish films; and so much more. Here’s a roundup of 117 Kickstarter Publishing projects that demonstrate the breadth of what’s possible here.

Have you noticed that authors of a particular genre or with a certain clear goal are more likely to triumph on their crowdfunding mission?

There’s a pretty vibrant sci-fi/fantasy community on Kickstarter, and comics projects currently have the highest success rate sitewide. But just about any kind of author working in just about any genre can do well on our platform if they’ve done a thorough and honest assessment of their financial needs, and put in the work to connect — both before and during the campaign — with the community of readers who would be most interested in their work.

What would be your top tips to an indie author looking to begin a Kickstarter campaign that will help raise the funds needed to create their book?

I feel like a bit of a broken record, but the most important things are:

It’s critical that you do plenty of work before you start to build your community of support and grow your audience. Once it comes time to running the campaign itself, you’ll want to determine whom you’ll reach out to, and how, and how often; identify amplifiers and signal-boosters to help you spread the word; and make sure that any contributors you’re working with are also doing their part to promote the project to their own audiences. We’ve also put together a Publishing Creator Tips page, which is filled with all kinds of resources that will help any literary creator along their way.

How can authors make their campaign discoverable and stand out amongst other competition?

Kickstarter exists on the internet, and the internet is a visual medium. So make sure your campaign has lots of lovely imagery to keep potential backers reading down the page. Even if your work is strictly prose or poetry, you should still be able to come up with appealing visuals like your cover image and photos of any rewards. You can also use graphically designed headers and even textual flourishes like bulleted lists to delight the eye. You also want to be very intentional when choosing your project image: we recommend one full-bleed image, as opposed to a composition with many smaller images, and we strongly discourage loading up the image with a lot of text overlays. Here’s more about how to choose a great project image.

In what ways can an author promote their campaign and garner the support of people outside their existing audience?

No matter how much work you’ve done to build your network of support, every creator’s audience is ultimately finite. The way to go beyond that is to identify amplifiers to signal-boost what you’re doing to their adjacent audiences. This can mean sending around a press release to media outlets and reporters who are known to write about work like yours, going on podcasts or livestreams that cater to a similar audience as yours, or scouring your network to find contacts with large social followings or big newsletters to help spread the word about your project. 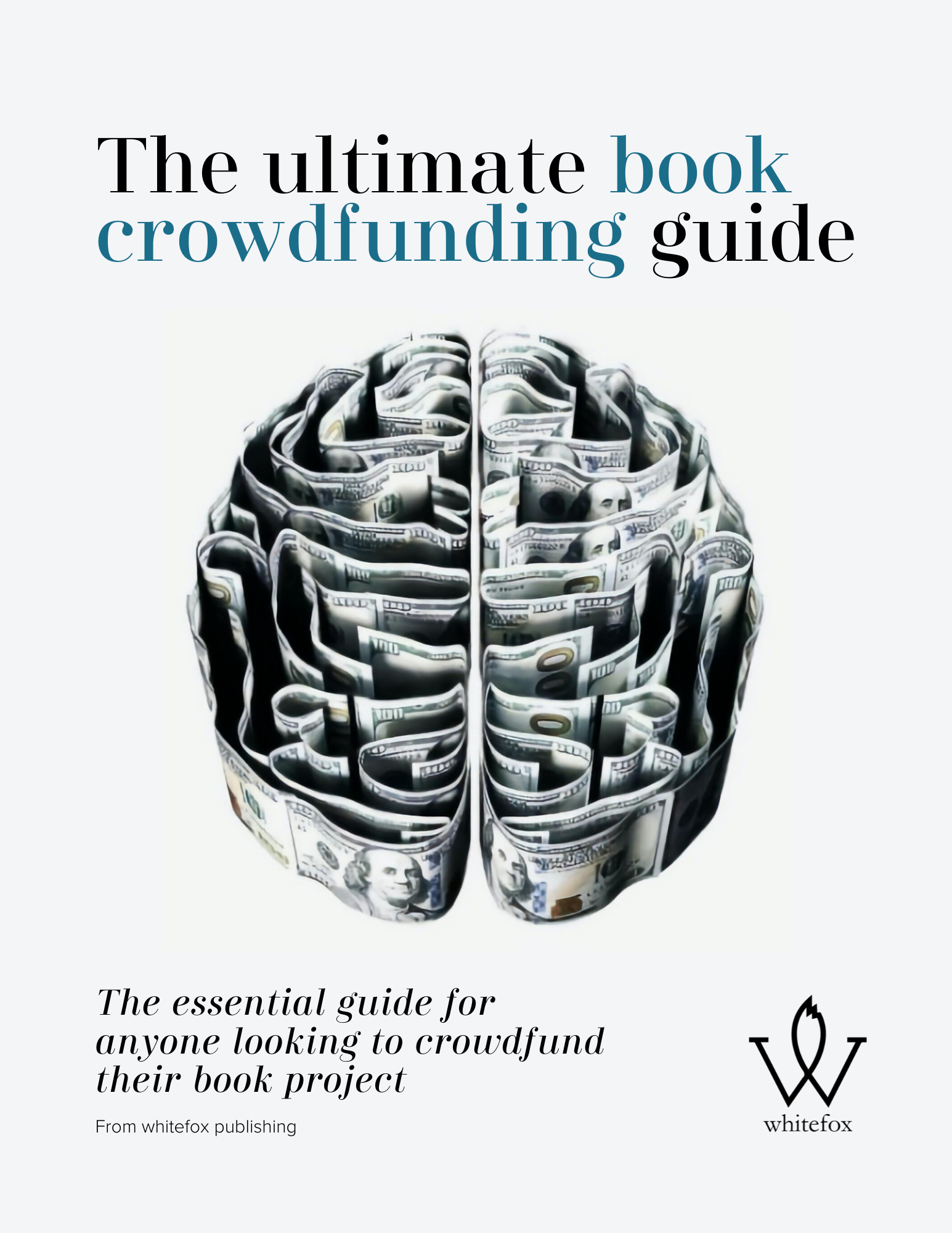 FREE GUIDE | BOOK CROWDFUNDING
Discover how to successfully crowdfund your book project with this free guide.

Click here to download the guide, featuring interviews with crowdfunding experts, author success stories and an exploration of your crowdfunding platform options.