Dan Gennoe is a London based writer and novelist. A former music journalist, he’s written cover features, interviews and reviews for Esquire, GQ, Arena, FHM, Q, Mojo, Red, Time Out, The Independent and The Mail On Sunday. He’s mixed with rappers and rockstars, ghosted the memoirs of a celebrity chef and lent his musical expertise to Amazon, Yahoo and Google. He now writes stories about lost souls and their need to be found; his début novel, All Neon Like Love, is out in early Spring next year.

As someone who has written for the likes of GQ, Esquire and Time Out, and who has ghost written celebrity memoirs, you’d probably stand a better chance than your average first-time novelist of securing a traditional publishing deal. Why did you choose to self-publish instead?

There are lots of reasons and the more I thought about it the more I came up with, but the main one is because I can.

My experience of traditional publishing over the last few years is that it’s getting harder and harder to get book projects off the ground even when there’s an agent and an editor, and in some cases multiple editors, who love it. There are so many people involved, and all of them have to be consulted and pleased, and it’s a long, slow process during which I’ve seen exciting ideas get talked to death. And I didn’t want that to happen to his book. All Neon Like Love took two years to write and when I finished it I had such passion and enthusiasm for it. I didn’t want that to get smothered by months of waiting while it was out on submission. So when I found out that I could jump that whole process and go straight to the bit where we turn my manuscript into a great book, self-publishing, something I would never previously have considered, suddenly became an attractive option. Then when I looked deeper into it, and started reading about traditional writers opting to self-publish and their experiences, which were not only positive but sounded like great fun, it started to feel not just like a viable option but like the best option.

Then there’s the fact that publishing is about five years behind the music industry, and as a music journalist I lived through every moment of the transition from CD to download to streaming, so I feel like I’ve seen how this plays out. These days, most acts self-release at least a couple of tracks before they can get the attention of a record label. They have to find an audience and prove their worth before anyone will take a chance on them, and that’s been made possible because digital recording and distribution have made the whole process affordable. That’s where we’re heading with publishing. Given the rise of digital publishing and the fact that traditional publishers are having to be more risk adverse, it’s only a matter of time before they turn to the public rather than agents to find the next big thing to put their weight behind. All of which is a very roundabout way of saying that once I’d gotten over my own prejudices against self-publishing and thought about it both in context of what I wanted to do with the book and where publishing was going, it seemed like an obvious thing to do.

How do you find the time in between your freelance writing to sit down and work on your manuscript?

Writing fiction is very different to any other form of writing I’ve done. It lives in you. It’s with you all the time. It takes over and somehow makes you find the time. Wherever you’re going, whatever you’re doing, it’s all going on in your head. The thoughts just appear and you have to stop what you’re doing and get them down. 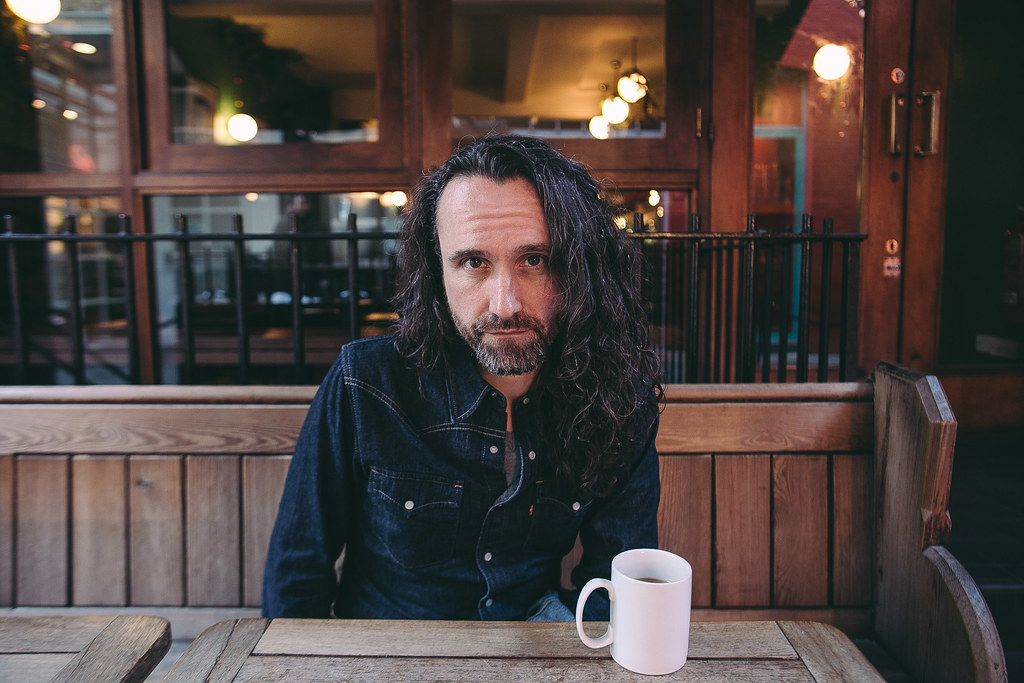 We all know there is more to creating a book than just the writing. How hard was it to find the right people to do everything else, like editing and cover design?

It’s actually been incredibly easy. I don’t know if that’s because I’ve been lucky or because whitefox are very persuasive, but they sent the manuscript out to a selection of copyeditors, proof readers and designers and came back to me with a list of insanely talented and respected people who were all interested in working on the book. And all of them have been amazing to work with, offering enthusiasm, excitement and insight which has been so infectious and unexpected; it’s made every step of the process fun and has made the book itself so much better.

And what about marketing the book? That’s one thing that a lot of first-time self-publishers forget about but we suspect you haven’t. Is it possible for a busy writer to do all his own publicity or will you always need at least some support?

Marketing is the hardest thing. It’s like a magic trick, but no one really knows how it’s done, yet when it works everyone involved claims to have invented it. So it’s hard to know what to do, what will work, how much to spend, where to spend it and what’s just throwing money away. I don’t have an answer myself yet, come back to me on that when the book’s been out for a year. But I do think it’s important.

From my experience in music I would say it’s not as important as having good visibility at retail or having Amazon promote you in emails etc., but, for want of a better phrase, the ‘brand recognition’ that comes from marketing, be it social media, PR, mentions on blogs, features, reviews etc., will help you stand out in those Amazon emails or on their store. When faced with a selection of books, people will click on the one with the cover and/or title that speaks to them, or more likely, the one they’ve heard of.

Marketing isn’t a silver bullet, but it is an important part of the picture and while there’s a lot an author can do themselves, I’d also take advice from those who do it for a living, either to get inspiration or to get hands-on help.

Your first novel, All Neon Like Love, is out early next year. What is it about?

It’s a love story, but one in which there’s only one active participant, so it’s really more about chasing love than finding it. The story revolves around a thirty-something man trying to trace and win back a woman he believes could be the love of his life, but who he stupidly let slip through his fingers. But it quickly becomes apparent that he actually never really knew anything about her, and that all the things he held so dear about both her and the relationship were actually in his head. Ultimately it’s a book about being lost in life and alone in London, and how easily love can turn to obsession.

Read more about whitefox’s collaboration with Dan in Our Work.