Division of labour in a large organisation allows editors to be editors, project managers to be project managers and accountant to be accountants. But for us – and you freelancers, too – all of those roles have to be combined in a single person. That’s why we’ve decided to review selection of apps that could make one of those jobs a little easier. One of them even has a cute squirrel for a logo.

Don’t yawn yet! If you’ve never used a modern invoicing tool, the range of features on offer might surprise you. For example, if you currently raise your invoices manually using Word, aren’t you tempted by the prospect of creating, saving and sending an invoice in a few clicks? Wouldn’t it be convenient to be able to do that on the go, as well? These three apps do both of those things and more. And did we mention that some of them are completely free?

The squirrel appears on the welcome page, squealing that NutCache is “simple and free!” It does have a very easy-to-use layout, and it is entirely free. (There isn’t a catch or a premium service: a company called Dynacom Technologies bankrolls the entire operation as a PR exercise.) After receiving their invoice via email, customers can pay you directly via PayPal, Authorize Net or 2Checkout. You can have as many customers as you like. (Some free invoicing apps only allow you one customer. Who has only one customer?) Other useful features include time sheets, time management, apps for Android and Apple devices and multi-user functionality.

Blips: The NutCache logo (that squirrel again) appears on every invoice you send, and the invoices aren’t that customisable: all you can do is add a logo.

Verdict: A very simple, user-friendly invoicing and time-tracker app with some useful features for small businesses. If you like squirrels, it might even cheer you up during a slog-like accounting session.

Invoiceable is another tool that’s free-to-use – but this one does want to make some money so it offers an optional upgrade to get rid of branding. It’s quite popular – it boasts an impressive 56,000 users – and as well as offering unlimited invoicing, you can create reports, add discounts, create a product list, accept partial payments, and even set up recurring invoices on a weekly, monthly, quarterly or yearly basis. There are apps for Apple and Android. 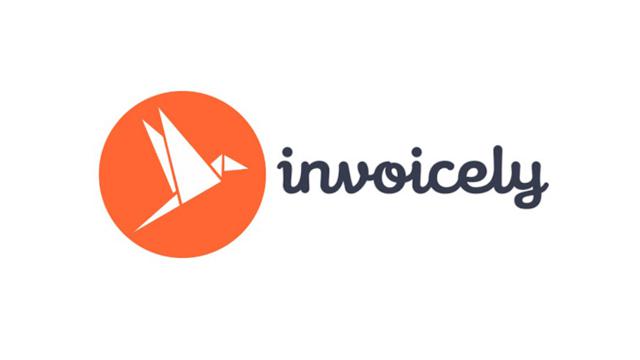 Unavoidables: Invoiceable has its equivalent of NutCache’s omnipresent squirrel: a note at the end of every invoice reading “Powered by Invoiceable”. You can pay a one-off fee of £49 to eliminate it – that’s how they make their money.

Verdict: A very professional invoicing service that seems to be popular among freelancers and small businesses. Special commendation for support for recurring projects.

Debitoor has a three-tier price plan, but the free version allows for unlimited invoicing and sending out estimates to clients. If you decide to spend a little bit of money (€10/month) on the Premium Plus subscription, you can turn those quotes into invoices. It also offers an expenses tracking feature.

Weaknesses: Like the previous tools, Debitoor stamps your invoice with its own logo; unlike the others, there are other features that can only be unlocked with cash.  This can be removed by paying €5/month for the Premium package. Its most interesting feature, the ability to match your bank statement to invoices and expenses, comes with the Premium Plus subscription, which costs more. There’s an Apple app, but no Android app.

Verdict: A savvy invoicing app with some useful features – but you’ll have to pay for even the most basic ones.