Lynne Truss is a writer, journalist and broadcaster. The author of numerous books, radio series and now also a play, she is perhaps best known for her multi-million selling polemic on the use and abuse of punctuation, Eats, Shoots & Leaves. She is also a Radio 4 regular, has a weekly column in the Sunday Telegraph and has just completed a novella. 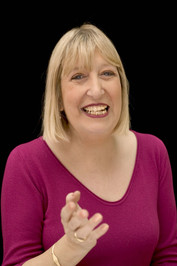 You had spent many years as a journalist before you wrote your first book, With One Lousy Free Packet of Seed, which was published in 1994. Was writing a book something you had always wanted to do?

For the first decade or so of my working life, I worked as a literary editor on national weeklies – and I think one of the reasons I didn’t start to write books myself was that I was exposed to the realities of publishing! There were so many good books in the world, it seemed absurd to try to add my own contribution to the heap. But I also had various insecurities about writing books (not least the fact that I was working-class), so I just had to edge towards it, a cautious step at a time. From editing book reviews, I moved to writing the reviews, and then to writing the books themselves. Similarly – eventually – I moved from interviewing playwrights to writing plays. The problem with this strategy is that life turns out to be shorter than I thought it was! However, I never regret the time I spent editing. I’m sure it helps me every day.

A book about punctuation with the punch line of an obscure joke as its title is not an obvious recipe for an international bestseller. Is there anything you feel publishers can learn from its success?

Yes. The lesson is ‘nobody knows anything’. The title is a good example – had we been aiming at a big market (which we weren’t), the title would never have got through. Clever marketing people would have said it wouldn’t work, that it shouldn’t have the word “shoots” in it, that there are obscene versions of the joke, and so on. Luckily, Andrew Franklin at Profile is the sort of person who defies such nonsense. He never suggested changing the title, and it was his idea that I write the book in the first place, having heard me broadcasting about punctuation on Radio 4. My own attitude to the book at the time was that it was quite dangerous a) to associate oneself with sticklers and pedants, and b) to risk being dumped on for getting it all completely wrong. But I was at a weird, ungrounded point in my life when I felt that nothing mattered very much, so I went for it in a quite bold gung-ho manner. Afterwards, I think quite a lot of publishers hoped to replicate the ‘formula’ for Eats, Shoots, but totally in vain. The main element of its success was that there was an enormous enthusiastic pre-existing market for it – a market that had not been served before, and that no one even suspected was out there.

Of all the various projects you have been involved with over the years, which have you been most proud of?

I think my novel Tennyson’s Gift is still my proudest achievement. I’m sure it will one day reach a larger audience. Just this week I went to Freshwater in the Isle of Wight (where the book is set), and read from it to an audience after a cream tea, and it was bliss. It also made me very happy last year to put on a play in Edinburgh, during the festival.

You have spent some of your career as a freelance writer. What have your experiences of freelancing been like?

I was lucky enough to get contracts with newspapers – first of all the Independent on Sunday (in 1990–1) and then The Times(1991–2000), so I generally had a bit of security about income. My worst period was in 2000, when I went freelance again after having a well-paid contract at The Times. It was a shock to find out that a theatre review would be paid at a rate of about £100. BBC rates are also very low, so it was a struggle, I must admit. I was incredibly busy writing for a lot of different media, but I still had to remortgage my house – and I was actually thinking about remortgaging it again when Eats, Shoots & Leaves pulled me back from the brink. The main problem with freelancing is keeping people’s good opinion, because they will phone and ask you to write something RIGHT NOW, and if you’ve already got two deadlines and have to say no, they will put a big cross next to your name.

Publishing is a fundamentally collaborative process. What have been the most creative experiences you’ve had working with people ‘behind the scenes’ on your books?

At the same time as I fear them, I have a lot of respect for copy-editors. Working on my sportswriting book Get Her Off the Pitch!, the editor came back with the astonishing news that I’d used the phrase ‘of course’ ninety-six times, and I will always be grateful for that. He also saved me from umpteen embarrassing slips. But I’m afraid I don’t think publishing is quite such a collaborative process where the author is concerned – and when you consider that it’s the author’s career that suffers most from the failure of any book, I think that’s a shame. From my experience, there is also a culture of high-handedness in traditional publishing. It’s no wonder some successful authors ultimately turn into monsters (if they weren’t already monsters in the first place).